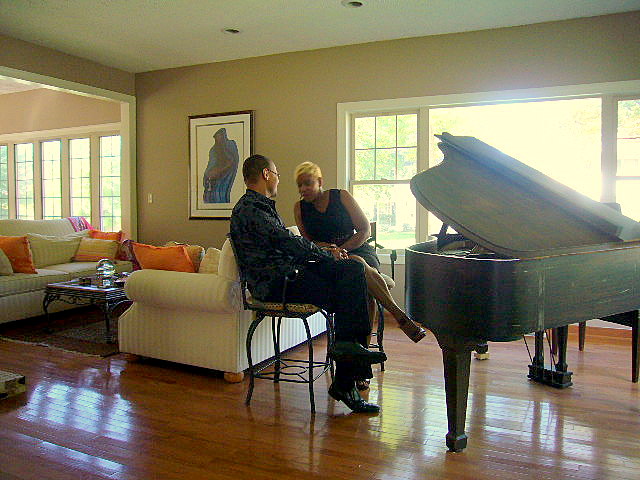 Neal Reed Worldwide (NRW) publishes original music created by composers who produce music in every genre. Additionally, in collaboration with our artists, NRW is helping to define new categories of music.

As part of our music publishing administrative services provided to composers, Neal Reed Worldwide registers tracks and albums with the various industry tracking and reporting services, which officially track  the sale of music for the music industry worldwide. NRW uses generally accepted classifications and definitions from Soundscan, RIAA and Billboard, and uses industry best practices and its own database-assigned definitions in consultation with the creators of original music to determine the genre of each track published by Neal Reed Worldwide.

Alternative – Rock songs by artists that are featured, or could be featured based on their aesthetic quality, on alternative rock radio.

Bluegrass – Acoustic-based instrumental and/or vocal material, primarily comprised of string instruments including guitar, mandolin, dobro, fiddle, bass and banjo.  May also include acapella vocal material, and is significantly populated by Christian/Southern/Appalachian religious material. Dominated by but not limited to ensembles or groups.

Blues – a vocal and instrumental form of music based on the use of the blue notes.

Broadway – Tracks from Broadway musical cast albums or directly performed on a Broadway show. Remakes of songs from Broadway productions performed by a non-cast member are not eligible for this genre.

Children – Songs specifically targeted towards a kid audience. Music skews towards the pre-teen and younger set and is generally not played at mainstream radio stations, though some songs do make the transition to pop. Songs can come from straight-to-video film soundtracks, as well as TV soundtracks which feature children’s songs or music specifically targeted towards a kid audience.

Christian/Gospel – Broadly defined as Christian religious music, encompassing all styles in the genre.

Classical – A broad term that usually refers to music produced in, or rooted in the traditions of Western liturgical and secular music, encompassing a broad period from roughly the 9th century to present times.

Comedy – adult-oriented and often spoken comedy tracks, either by an individual, a team, or a troupe. Animated artists can be included, and comedy songs can consist of live stand-up or studio-produced material.

Country – Songs by artists that are featured, or could be featured based on their aesthetic quality, on country radio. In addition, country titles could also include some acoustic-based country style Bluegrass. and other roots-based forms such as Western music, honky-tonk, Western Swing, and country gospel.

Hard Rock – A broad term for genres such as alternative, grunge, heavy metal and punk in order to distinguish them from pop rock or soft rock.

New Age – more ambient or ethereal than jazz, new age music is primarily composed of guitar or piano-oriented contemporary instrumentals (including flamenco guitar and instrumental rock music, for example). While vocals can be part of the mix, they are generally either left to the background or feature choral sounds (as in Native American music).

Pop – although most hit music is considered by some to be pop, songs that fall under this category are those where the primary radio source is mainstream top 40, adult top 40, or adult contemporary stations. Basically, songs that would be a stretch to define as anything other than a mainstream recording.

R&B/Hip-Hop – Songs by artists that are featured, or could be featured based on their aesthetic quality, on R&B/hip-hop radio stations. R&B/hip-hop titles can vary by tempo and include rap vocals.

Rap – Songs mostly consisting of a rhythmic style of speaking over backing beats. Singing vocals may be featured on rap titles, but must not be the dominant portion of the recording. The lead artist should be core to the rap format. Featured or equal billing of a core rap artist does not guarantee that the song will be considered rap.

Rock – Guitar-driven music including, but not limited to, alternative, grunge, heavy metal, punk and some forms of pop rock.

Traditional Classics – music produced in, or rooted in the traditions of Western liturgical and secular music.

Vocal – Any sung repertoire with musical background driven by big band or orchestral instruments. Can also encompass easy listening and adult pop. Primarily geared toward to the 45+ demographic.

World Music – tracks that feature Hawaiian, Cuban, Celtic, European, Asian, Middle-Eastern, African, and South American music, in addition to any other musical style that is native to lands outside of the contiguous United States. All artists must be foreign-born or boast strong international music credibility.

For additional information about the classification of your original music composition, send an email to musicology@nealreed.us